At first glance, the massive stele may appear to be solid and immoveable; static and nostalgic, referencing an era of monolithic memorials frozen in time and meaning. However, this monument is dynamic. Just as Atlanta mayors Ivan Allen, Jr. And Maynard Jackson challenged the city to reinvision and reinvent itself, this memorial encourages viewers to explore, interactively. Through an original app, viewers become part of the monument. They can search and select maps and photographs that will be displayed on the stele’s screens: an array of three-dimensional LED panels that will activate the park with these vignettes from Atlanta history and with a shallow water feature that will attract visitors of all demographics during the warmer months. This interactivity means that the monument’s content will constantly be in motion, and responsive to its audience. It will make the north side of Woodruff Park more than an intersection. It will become a destination: a place for tourists and locals, alike, to meet and explore this city and its rich history. Additionally, this monument will have a distinct and ameliorating impact to the north side of Woodruff Park by leveraging the existing International Peace Fountain as a surface to illuminate the park in the evening and bring Atlanta’s role in the Civil Rights movement to life through a series of continuous projections of moving and still images, as well as notable passages of text.  ​

Instead of featuring one artist or a more permanent installation, there will be ‘digital residencies’ where artists will be able takeover both the LED screens and the waterwall projections, bring diverse visions and experiences to the park. Moving beyond the park, this monument will have satellite nodes across the city that will serve as both beacons and benches in areas where Allen and Jackson had significant impacts. These smaller scale, interactive versions of the stele in Woodruff Park will populate sites such as the major stadia, Centennial Park, MARTA stations, the Woodruff Arts Center, Freedom Parkway, and the Georgia Institute of Technology. In addition to expanding the geographic impact of the monument, these nodes will have the ability to interact through the app, facilitating connections between citizens across the city. 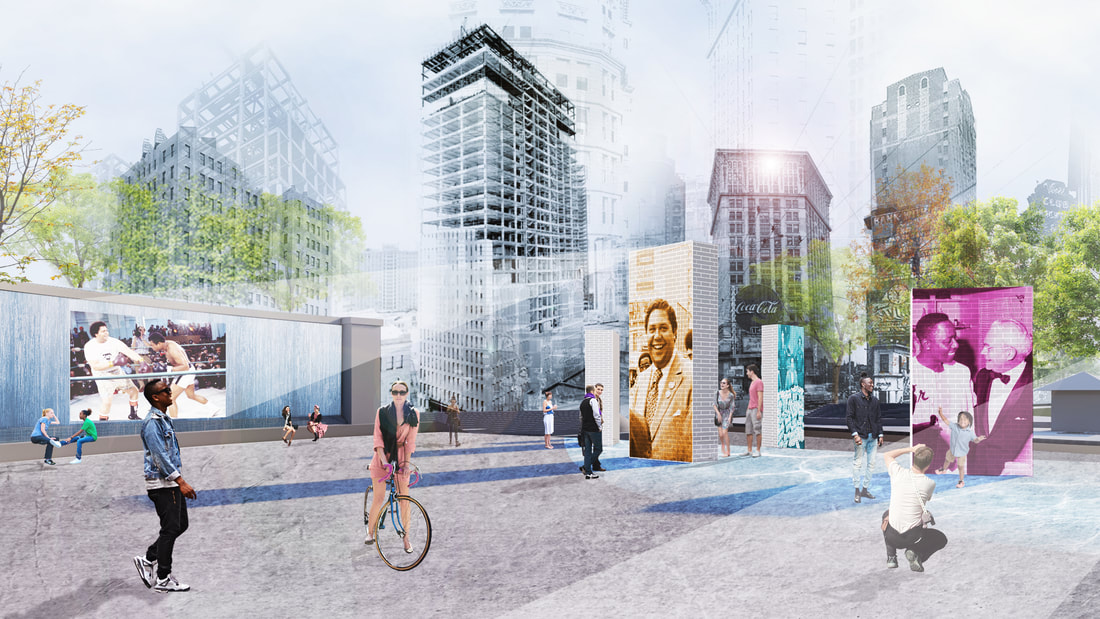 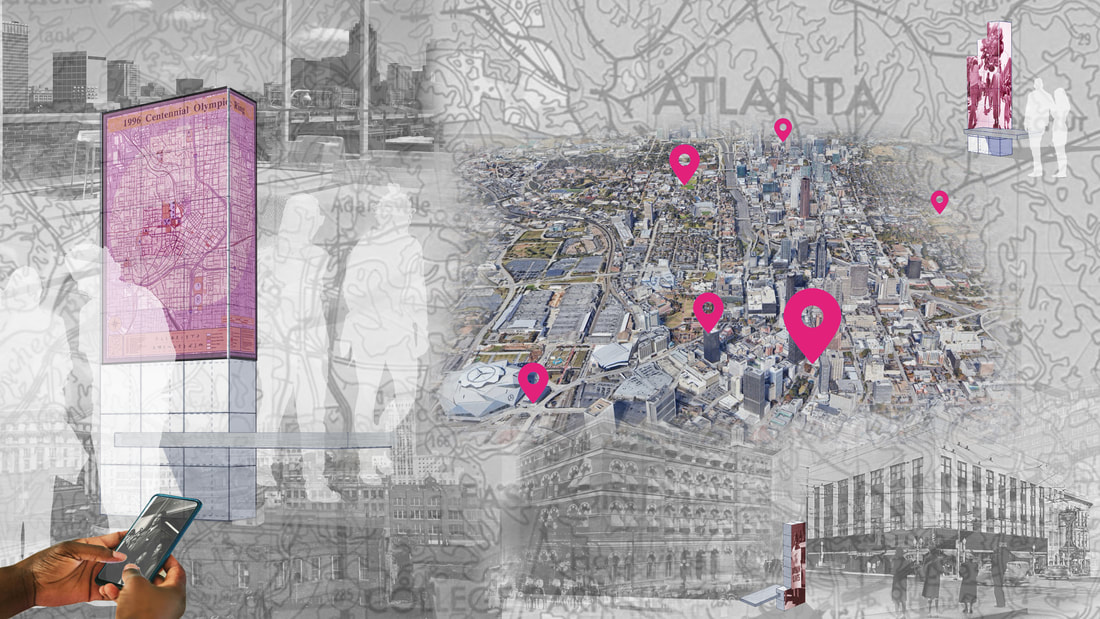